Skip to content
Search
Home > Army > When was the US Army NCO Corps formed? 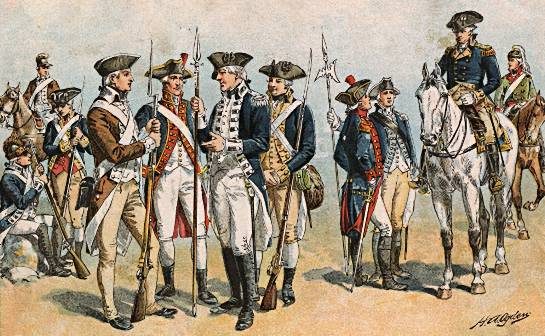 I was asked a question recently about the creation of the US Army Noncommissioned Officer Corps. I had to scratch my head for a moment because it was not a question I had heard before. I am a self-declared military historian and I specialize in the history of the NCO. I run the NCO Historical Society to help catalog and archive topics of interest to the NCO Corps and often get inquires and questions.

Noncommissioned officers were present on Jun 14, 1775 when the 2nd Continental Congress created the Colonial Army using existing troops and formations from the militia of the 13 colonies.

The colonies had loosely formed militias as social organizations, but they had fought Indian tribes going back to Jamestown. The militias were organized based on mother Britain’s military traditions, so when George Washington was elected as Commander in Chief of the Army, he inherited what already existed.

Much of Washington’s papers and his General Orders exist and are indexed. A simple search using a few keywords confirm that there was never a formal declaration creating a noncommissioned corps. But neither was there a declaration of the officer corps, either.

I would suggest there was only a mandate for a Continental Army, which included NCOs, but not a separate mandate for each distinct cohort. In his commission, the Continental Congress directed that “officers and soldiers” be obedient to his orders, with no mention of NCOs.

The thought of a standing Army went against the grain of the founding fathers, the Army was mostly disbanded after the war except for a 100 men. It wasn’t until early 1790s before the Army was re-established, and when it was re-formed they followed the previous organization and policies.

A quick read for context come from the Center for Military History at: http://www.history.army.mil/html/faq/birth_rwright_CA.html.

Do you have a question about the history or formation of the US Army NCO Corps? If so feel free to drop me a line here or via my email address csm@ncoguide.com.