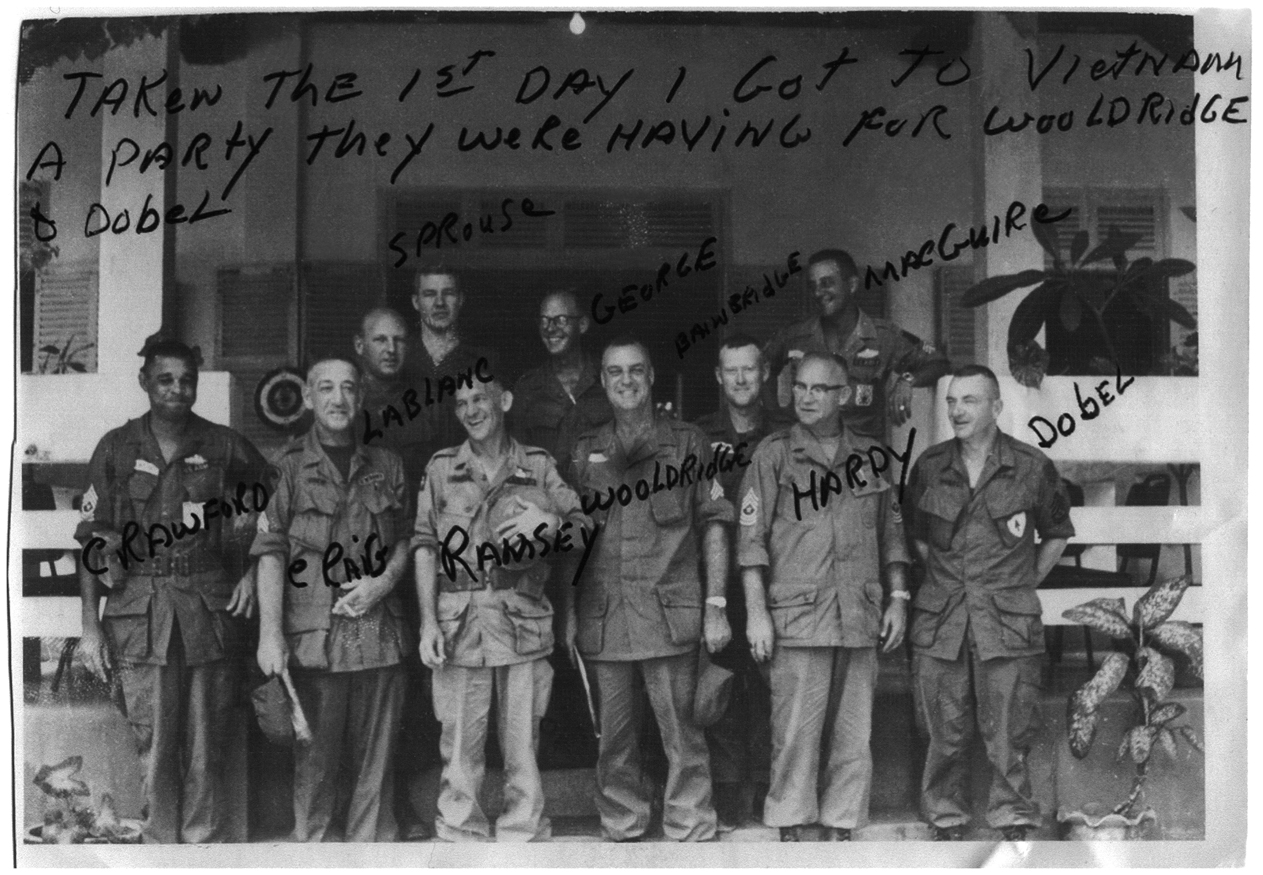 It’s been 8-years since we lost a great soldier, this is the day of SMA #5 Bill Bainbridge’s passing. Enlisted in 1943, he was held as a POW in WWII, served in Vietnam, and was the first CSM of the newly formed Sergeants Major Academy. Married to Hazel for 63-years, he was laid to rest in Arlington on January 29, 2009. A fitting tribute was prepared at the time by Bob Bouilly, I will reprint it below to highlight some of the key distinctions to SMA Bainbridge and his service.

Reprint from a 2008 article by former USASMA historian Bob Bouilly.

William (Bill) Bainbridge was part of the “greatest generation” as we now think of Americans who were born in the first quarter of the last century. The greatest generation did things because they were the right things to do. Born in 1925 in western Illinois, he grew up during the Depression moving from farm to farm with his family. When he graduated from high school in 1943 during WW II he volunteered for the draft because it was the right thing to do. He wanted to fly, but as was so often the case he ended up, not as a pilot, but as a radioman in the Army in the 423rd Regiment of the newly-forming 106th Division. He didn’t stay as a radioman very long. In recognition of his leadership abilities, private first class Bainbridge was promoted directly to sergeant and put in charge of a platoon.

The 106th Division was ill fated. It was the last American division formed in WW II, so it didn’t get to the European Theater until early December 1944. The division moved into the battle line in a quiet sector to get acclimated to the battlefield. The quite did not last long as the sector became anything but quiet on 16 December as the German Army opened its Ardenne Offensive. Despite the Americans’ stiff resistance the Germans enveloped elements of the 106th Division and the 423 Regiment surrendered on 19 December. Bill became a prisoner of war. He wasn’t a big person. Not very tall and wirey, he hung on. When his prison camp was overrun by the 6th Armored Division he weighed less than 90 pounds. He said later, “my love of coutry, the way I was brought up, and my family life helped sustain me.” The war was over for Sergeant Bainbridge. The Army shipped him back to the states where he took the opportunity to marry Hazel Smith in June 1945 who he had known since grade school.

In December Bill separated from the Army and returned to Galesburg, IL with Hazel and returned to farming. Over the next few years he also joined the Army Reserves. With the outbreak of the Korean War he reported for duty in January 1951. Throughout the Korean War Bill Bainbridge served in a variety of stateside units as a platoon sergeant, a first sergeant and as a personnel sergeant. It was then that he decided he wanted to make the Army a career. He requested enlistment in the Regular Army and was accepted with the rank of sergeant first class.

Over the next 11 years Bill and his family moved through several assignments in the states and in Germany. His family grew to include two daughters. Living accommodations, especially in Germany, were rudimentary at best. Still, he stayed in. In the VII corps he served successively as operations sergeant, G-3 air sergeant and secret documents control NCO for the corps G-3. As part of the 1st Battle Group, 28th Infantry in February 1963 Bill was promoted to the newly established grade of E-9.

In August 1965 Sergeant Major Bill Bainbridge joined the 1st Infantry Division as it deployed to Vietnam. He served as the sergeant major of one of the troop ships involved in the deployment. He so impressed MG Jonathan O. Seaman, commander of the newly created II Field Force (a corps level organization), that Seaman made him his sergeant major. After his one year tour of duty in Vietnam Bill moved on to become the sergeant major of the Infantry Training Center at Fort Benning, GA in September 1966. Then it was on to Fort Shafter, HI as the USARPAC (United States Army, Pacific) sergeant major in January 1969 working with GEN Ralph E. Haines, Jr., a collaboration that was to bear fruit again a few years later. While at USARPAC SGM Bainbridge was selected as one of the first command sergeants major in the Army.

GEN Haines moved on to head CONARC (Continental Army Command) where he was responsible for training in the Army. He believed in increased training and education for NCOs and sought an opportunity to fully develop the new Noncommissioned Officer Education System (NCOES), but not everyone in the higher ranks of the Army believed as he did. When GEN Bruce Palmer became the acting Chief of Staff of the Army Haines saw his chance to establish the Sergeants Major Academy at Ft. Bliss, TX as the capstone facility in NCOES. He assigned his Chief of Staff, COL Karl R. Morton as the commandant of the new academy and sought out CSM Bainbridge to work with COL Morton in bringing the new academy on line. In the spring of 1972 COL Morton and CSM Bainbridge teamed up to get the academy going. It was a fruitful relationship. Bill spent the next three years building the Sergeants Major Academy. There was another member of the team also. Hazel Bainbridge worked along with COL Morton and her husband to build a program at the academy for the spouses of the students—a program long known as ULTIMA. Their collaboration at USASMA was just one of a long partnership in service to the Army.

In 1973 CSM Bainbridge was considered for the position of Sergeant Major of the Army (SMA). He didn’t get it, because it went to his good friend CSM Leon Van Autreve. Two years later he was again considered for the job. This time he got it. In 1975 Bill became the fifth SMA and moved from El Paso to Washington, DC to serve with GEN Frederick C. Weyland. As SMA Bill Bainbridge was asked to look for “things you think soldiers need, that they’re not getting. Let us know if we can help from this office.” Bill traveled extensively in the U.S. and abroad. Following the example of Mrs. Van Autreve, Hazel often accompanied him looking for ways to help Army families. Bill was the first SMA to go before congress and testify on the needs of soldiers. He was also the first to serve two chiefs of staff. GEN Bernard W. Rogers succeeded GEN Weyland and asked Bill to serve with him. Bill agreed and served as SMA for another two years. With the end of Rodgers’ duty as Chief of Staff SMA Bainbridge retired on 18 June 1979. For his service as SMA bill received the Distinguished Service Medal.

Retirement meant only that Bill and Hazel continued to serve the Army in an unofficial capacity. Bill continued his long relationship with the Association of the United States Army (AUSA). He also served as secretary to the Board of Commissioners of the Soldiers’ and Airmen’s Home in Washington, DC. He followed that up with another nine years of service as its director of member services. He never forgot the Sergeants Major Academy. Over the years he made many trips back to the academy for special events such as the SMA panels conducted for the Sergeants Major Course students. On 29 November 2008 Bill Bainbridge passed away in Palm Bay, FL. He is survived by his wife and partner in service to the Army of 63 year, Hazel and two daughters. His was a full life. Always cheerful, always willing to serve because it was the right thing to do, he will be missed.