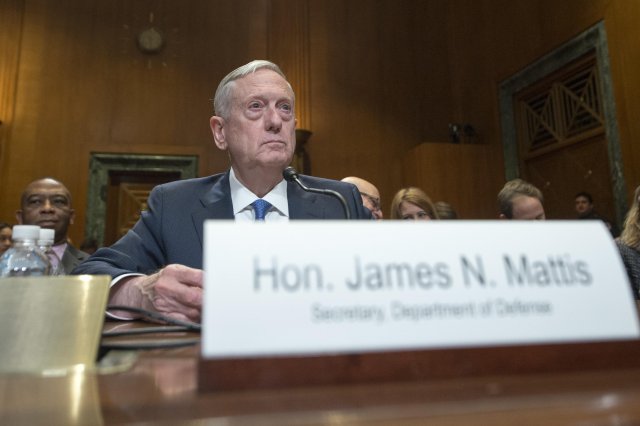 We’ve all been there—you find yourself sitting through yet another IT safety powerpoint training. Soldiers aren’t interested, you aren’t interested and yet requirements for this sort of mindless training continue to eat up space on an increasingly crowded training calendar. You wonder if there is a better way to get the message across while being more efficient with soldiers’ time and better preparing them for the challenging deployment looming in the future.

Defense Secretary James Mattis is wondering the same thing—are service members spending too much time on excessive training instead of focusing resources on the core military tasks? How can leaders re-evaluate what’s critical and what’s not?

“I want to verify that our military policies also support and enhance warfighting readiness and force lethality,” Mattis said in a memo obtained by the Army Times.

The Army Times reported that Mattis in July directed the service vice chiefs and the department’s personnel policy leadership to review the military’s professional education requirements in hopes to refocus on the “art and science” of warfighting. He also directed them to look at requirements for mandatory force training that do not support core military tasks, the report continued.

Leaders had until Dec. 1 to submit their review, and I am eager to hear how this will shake out for troops. And I doubt I’m alone. While most of this non-combat training comes from good intentions, there is a real problem of taking it too far. The Air Force has already taken steps to reduce training for deploying airmen, particularly for pilots who already have a demanding training regimen.

If we want our troops deploying with the top warfighting skills and clear, focused minds, the military needs to ensure troops are allowed to train on those tasks. Taking time out for menial, unnecessary information not needed to fulfill their jobs downrange pulls their focus and detracts from the goal at hand.

Service members who are confident in their job when they deploy generally have a higher morale and eager to tackle challenges ahead. This confidence can set the tone for the deployment as positive from the start and decrease the learning curve once in the theater of operations.

Fox News reports the call for a review came from thousands of service members complaining about their time being wasted on hours and hours of training. The cable news network cited training that is the subject of complaints covers everything from alcohol use to active shooters to sexual harassment to stress management.

While a task force has been organized to manage this review of excessive training, it is unclear when and what sort of changes will be announced. It’s also unclear if new directives will be implemented following the review.