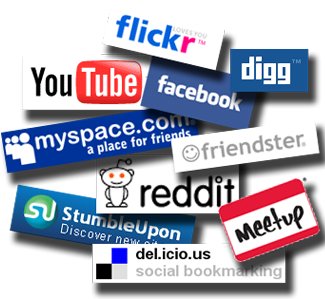 How to use Social Media for Business Development

Social media has long been utilized for friendships and the making of new friends, but those in business soon realized that development of such contacts could change the way they did business. The change was gradual of course, but soon even contracting changed due to these new relationships, and not in just securing a lead for business either. Instead it became a true management ideal and even became a culture.

Those who used social media as a jumping board to simply link their businesses soon learned that this led nowhere, and there were very few people who followed what they had to say as it was incredibly boring and very obvious that they simply wanted to utilize social media as an advertising ploy. On the other hand, those who used social media to discuss their businesses’ pros and cons, and actively solicited interaction with others not only remained, but actually grew in their following.

The keywords to successful use of social media for business development are first relevancy, and secondly trust. Those who read what you have to say will easily associate relevancy if your subjects involve your business of course, but instilling trust is more difficult as basically what you need to do is to present yourself as a reliable and consistent source of information on your particular subject. This is the biggest obstacle you will find, no matter what kind of business you are in the field of.

That means that each post that you make has to be spot on for relevancy of course, but you need to stand out as an expert in the field without seeming overly confident or filled with braggadocio. For example if you are in the flooring business, you should be able to speak about all manner of flooring, understand its ins and outs, meaning that you should be able to elicit responses that agree with you as to the efficacy of each kind of flooring, or at least elicit questions that pertain to flooring of all kinds. In other words, establish yourself as an incontestable authority on flooring.

Doing so will allow for you to generate business strictly in flooring, or whatever your specialty is. This is not an easy task, but if you look at other businesses who have established themselves in social media, you should also be able to see how they have created marketing changes in their particular social media to better their business relations.