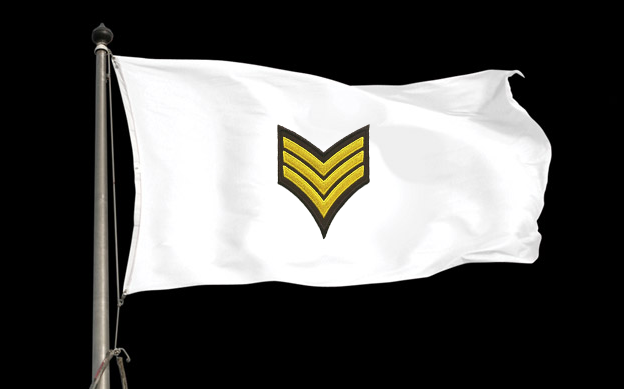 Promoted To Sergeant Without Trying

Imagine my surprise when I read that even without going before a promotion board and without the recommendation of a commander or a board of senior noncommissioned officers that a soldier can be promoted to the rank of Sergeant. No wonder that some think the noncommissioned officer corps is not professional,  the bean counters strike again. In a recent Army News Service article EREC Chief Sgt. Maj. Jonathan A. Uribe-Huitron dropped the other shoe about the command list integration (CLI). If you have been keeping track you know the Automatic List Integration (ALI) was redesignated as Command List Integration (CLI). Soldiers who meet “the established criteria” are now automatically added to the promotion standing list and awarded 39 points (for E-4) and 14 points (for E-5) regardless of the unit’s assessment or evaluation on performance. So you ask what’s the big deal Topsarge,  I mean who is going to get promoted with only 39 points?

Before I explain you need to know how one gets on the CLI.  According to Uribe-Huitron not all promotion-eligible Soldiers have their commander’s recommendation to go before a promotion board. But those Soldiers could still be promoted.” Say what? Evidently if a board eligible soldier is in the zone for promotion but is not recommended then they are added to the CLI and to the promotion standing list.  It was claimed that the majority of those who did not get the green light from their unit either failed or did not take the APFT….so is that okay no? That is just two categories but what are some of the others? Having served as a senior NCO of platoons, companies and battalion and above I kind of have an idea of some of the reasons why soldiers are not recommended to attend a board, and in many cases it is because the individual is not yet ready for the immense responsibility of being a sergeant.

Those same bean counters either do not know or have forgotten that the sergeant is most likely a squad leader and claims the first rung of the chain of command, I have to hope the Sergeant Major of the Army has visibility on this? Sergeants are arguably one of the most important noncommissioned officer positions and are critical in maintaining the good order and discipline in the Army. On one hand the people who are closest to observe performance of the individual have refused to endorse a soldier to become a sergeant by not nominating them, yet the system has allowed them to progress regardless of that fact. There are no other grades in the Army where we allow this to happen except promotions to SGT and SSG, and that is because too often we have allowed staffers and the human resources community  to treat the transition from soldier to noncommissioned officer as nothing more than a personnel action. Recognize the process a soldier must go through to transition from a private soldier to an officer or warrant officer. Not even the promotion board is much of a factor any longer, only giving a GO or NO GO rating to candidates. Our soldiers deserve a more defined and distinctive separation from being “Just one of the guys or gals” to a noncommissioned officer than an automatic promotion to the esteemed rank of sergeant!

This is not the first time I have addressed this important issues, here is what I said back in the Winter 00-01 edition of the NCO Journal “Maybe I just haven’t figured this out yet. The most junior, least trained, and only noncommissioned officer in the chain of command is the sergeant/squad leader. Contrary to popular belief not every person who enters the military is good sergeant material.” Meanwhile we have adopted a system that allows soldiers who have not been recommended for promotion by their leaders, have not been recommended by a promotion board,  and have likely failed to meet the Army standards, to be promoted to sergeant. This kinda-sorta seems to go against the Army leadership claims that Developing effective NCOs essential in complex world and is where Gen. Odierno said ““My number-one priority is developing adaptive leaders for a complex environment.” Sounds like HRC missed that message.

So, how can you get promoted to sergeant without even trying? Again, according to the EREC Chief, “When the Army needs to fill more spots in an MOS than the number of Soldiers sent before a promotion board for sergeant, for instance, it drops the promotion requirement for that MOS to 39.” Yep, that is the failure zone, and how one gets promoted the easy way. I recall an anecdote in the wake of the 1958 Military Pay Bill that added the grades of E-8 and E-9 and the restructure of the NCO stripes when the now S.Sgt rank was introduced. A staff officer was reciting what each rank was to be titled and after explaining that E-7 would be known as Sergeant First Class and E-6 was to be known as a Sergeant Second Class. I believe it was the then Chief of Army personnel who slammed down his fist in objection and proclaimed that we would not have any “second class sergeants” in this Army. Too bad, looks like we are building our own corps of Sergeants Second Class (SSC).

Meanwhile, a 39-point SSC is coming to a squad near you. Sorry guys, I tried.